Social commerce isn’t exactly new. If you’ve read any retail trend articles in the last few years, or your business has a presence in China, then you’ve probably heard about social commerce before.

But if you’re new to the topic, then it’s time to get caught up. A lot of people believe 2021 will be the year social commerce goes mainstream in markets where the trend is still in its infancy. Why? In short, the impact of Covid-19 on consumer behaviour.

So, buckle up. Here’s a quick look at the key things you need to know about social commerce.

What is social commerce?

Social commerce is pretty simple. It’s the process of selling goods directly on social media. You might be thinking, don’t I do that already? It’s true that businesses have been able to tag their products on Facebook, Instagram and Pinterest for a while, and more recently, users have even been able to check out within the app. In China, the likes of WeChat have been doing this for years.

But so far, these features have not translated into a social commerce boom in markets like Australia or the US. Some retail experts believe that is about to change.

Why is it relevant now?

With many consumers unable to travel, go out to eat or socialise with friends in person during 2020, they started spending a lot more time on social media. According to an April 2020 analysis of internet usage in the US by the New York Times, traffic volumes to Facebook and YouTube, alongside Netflix, increased by double digits in the wake of Covid-19.

At the same time, a new, more engaging social media platform saw rapid uptake last year: TikTok. After launching in China in 2016, where it’s known as Douyin, TikTok made its international debut in 2017. So it’s pretty impressive that just three years later it was the world’s most downloaded app in 2020.

One thing to note about TikTok is that it’s all about videos rather than still photos or words. This makes it highly engaging. According to Forrester Research, video is worth 1.8 million words. A survey from Wyzowl found that 84% of customers felt convinced enough to buy a product after watching a brand’s video about it.

The combination of these two factors – the overall rise of social media use and the uptake of highly engaging, video-based platforms in 2020 – has set the stage for social commerce to go mainstream. Here’s what the data says about the years ahead:

Who are the main players?

This isn’t an exhaustive list of all the social commerce platforms out there (it doesn’t include Facebook and Pinterest, for instance), but it includes the platforms that experts are most interested in right now, due to their focus on video.

Walmart offered a sneak peek of what this could look like in a shoppable live stream on TikTok at the end of last year. According to Retail Dive, the one-hour live show let mobile users shop for fashion items featured by selected TikTok creators without leaving the app.

After rolling out product tagging and virtual shopfront features for businesses over the last few years, it launched an in-app shopping event called InstaNight Shopping in December 2020. David Jones, Adore Beauty, Maison De Sabre and HiSmile are just a few of the brands that participated. 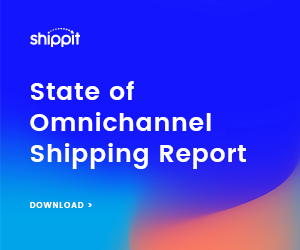 Growth
Beauty boom: How to grow your perfume and cosmetics business
August 20th, 2021

Your complete shipping guide to Malaysia

Everything you need to know to ship smart internationally from Singapore to Malaysia.
Read More